Don’t you hate it when you know that something awesome exists, because you’ve seen pictures but you don’t know exactly where it is?

We’re in search of the famous Goat Canyon Trestle.

The trestle is 600 feet long, 200 feet high and is largest free-standing wood trestle in the world.

I REALLY WANT TO SEE IT.

The problem with this plan is quickly apparent.

Problem #1:  I remember reading about it, I remember that the trestle and the corresponding tunnels, abandoned train cars and track look really amazing, but I have absolutely no memory of how to find it.

Problem #2: Once again, little to no internet connection out here and no way to look it up. I’m relying on memory alone and not a very good memory at that!

The solution to both problems, is to drive blindly into the desert in the general direction of Goat Canyon and hope for the best.

We’ll take highway 78, toward Julian, then turn south onto S2 which is also known as The Great Overland Stage Route of 1849.

Sounds like a perfectly named road for adventure anyway!

The route through Highway 78 and S2 was a beautiful drive through tall, rock canyons, old pueblo style ranches,  beautiful stands of oak trees and desert landscapes.

About halfway down S2 is a dirt road called Mortero Canyon Road. It leads in the general direction of Goat Canyon, our destination. Turning onto it we’re  bouncing along into the desert next to a  small strip mine. As we follow the road toward the mountains it ends abruptly at a parking area for a trail, right at the old train track. 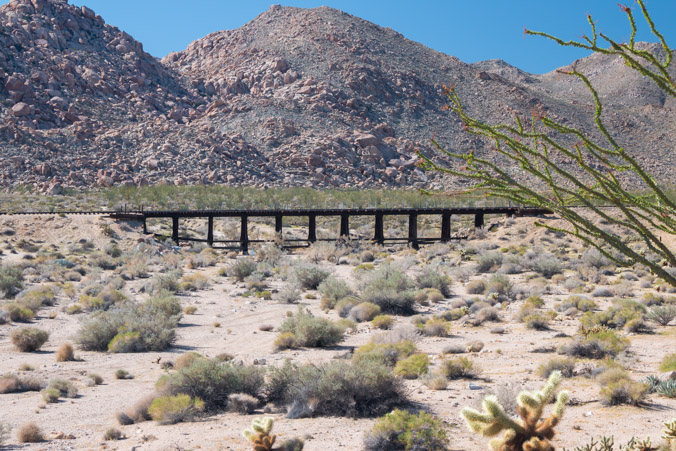 For lack of a better plan we decide to walk along the track, up and around a corner to see if there are any tunnels or other structures to see.

One little glitch in that plan. Guess what’s around the corner? 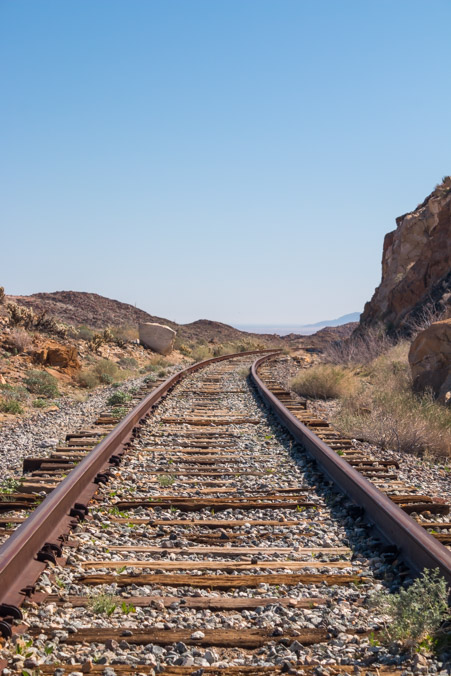 It’s clear that the best course of action is to abort. It’s pretty hot and I still haven’t been to the doctor for my throat problem. Driving is most definitely a better idea.

This time we take the road which roughly parallels the tracks, it leads to Dos Cabezos the old train station. 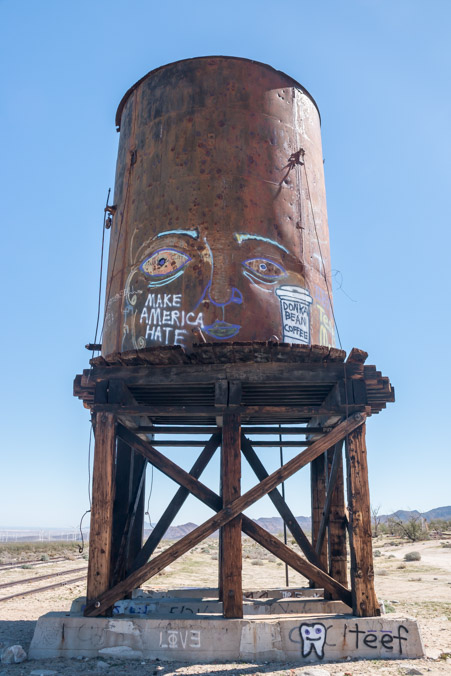 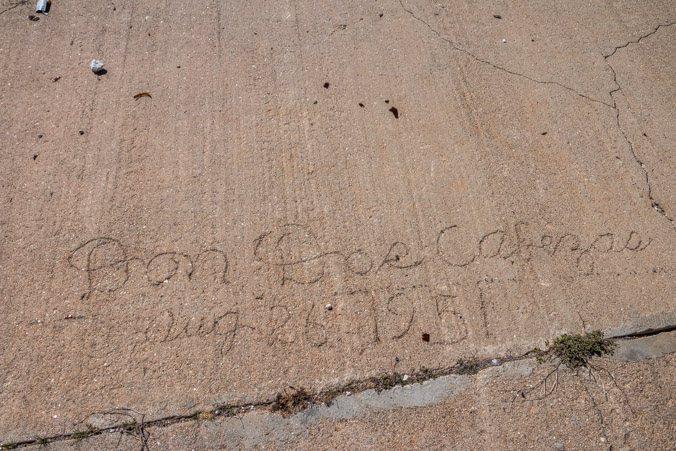 These are the ruins of the Dos Cabezas train station, part of the El Centro to San Diego train line. Hailed as the impossible railroad because of the deep rocky canyons, (one of which was bridged by the Goat Canyon Trestle). This station was a watering stop .

There isn’t much here except a few ruins. 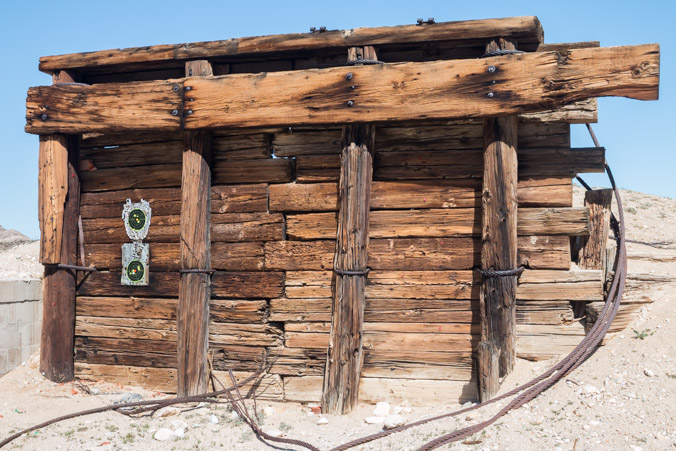 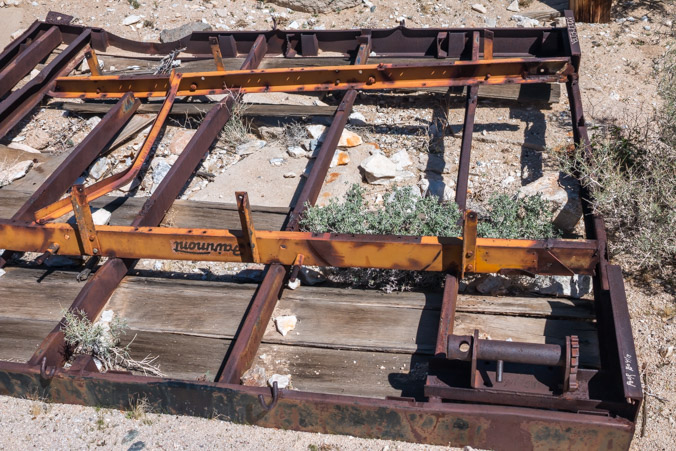 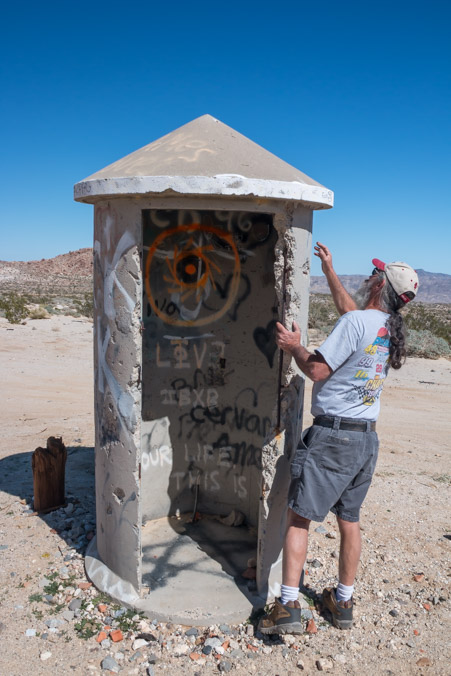 The road continues  on the other side of the tracks and up into the mountain. 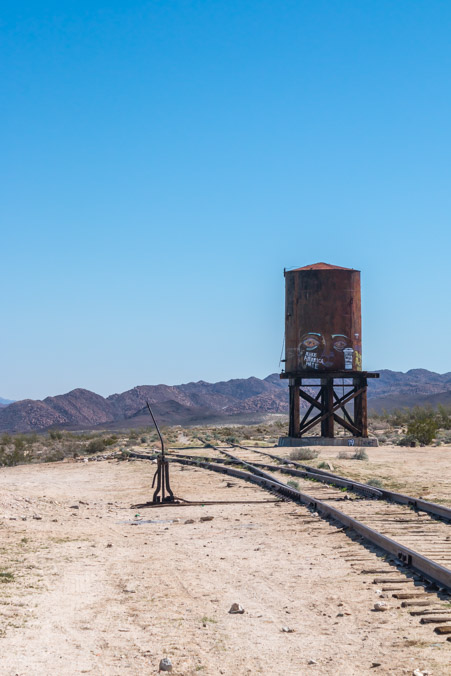 There are roads, washes and gullies which lead in every direction. There’s no sure way to know which way to go except to keep heading toward the mountain.

Eventually we can go no further. The road ends at a boulder strewn canyon wall. At the bottom is a little parking area. I believe this is where the trail head to the trestle is, but if getting to the trestle means mountaineering up this rock pile then it’s not going to happen!

While I wander around, my memory is coming back to me and the area looks familiar.

I think the actual trail is in the canyon to the left, at the bottom of this picture. (This is looking in the opposite direction of the rock wall.)

Sadly, our quest for the trestle is probably at an end, it’s time to backtrack and find another road to take. (Later, I learned that the trestle is a very tough, 6 mile hike which includes scaling a rock waterfall. Probably a good thing we missed it!)

Our new path skirts the base of the mountains in a general southerly direction. We have no idea where we’re going, only that we’re still hoping to find any other trestles, tunnels or ruins. 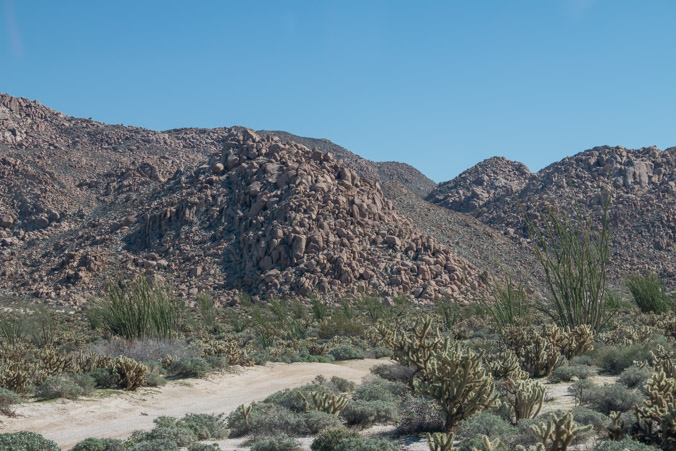 It eventually leads down into a gully where we can see Interstate 8 above us in the distance. 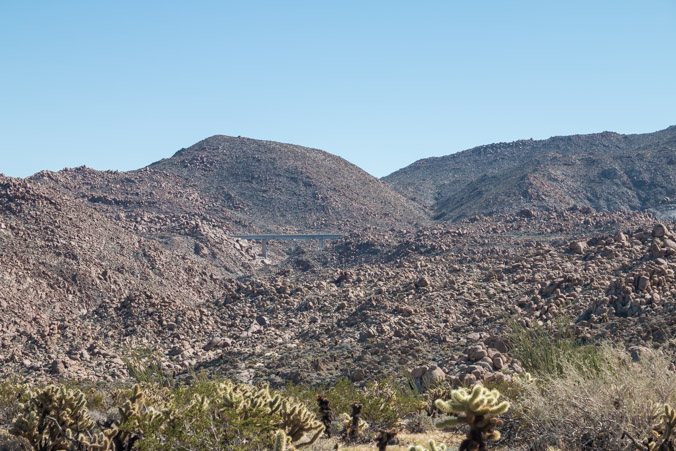 It’s clear that we missed a turn somewhere.  We’d intended to get back to the S2 and explore the opposite side of the road but this direction is a dead-end.  Time to turn around and head out a the wash the other way.

Suddenly we find ourselves in the midst of a herd of strange behemoths!

Carefully and quietly tiptoeing around and under the sleeping beasts we manage to make it back to S2 where we turn north in search of new adventure.

Jeff spies a possible road which leads straight up the side of the mountain on the other side of the highway. It calls for exploration.

Once upon a time, there was mining activity up here but the road, such as it is, is full of very sharp rocks and looks a little questionable from this point.

I take some pictures while Jeff airs down.

How beautiful is this view?

Back down the hill and onto another side road called Dolomite mine Road where we find an old dolomite mine and mill ruins which extends across the base of the mountain. 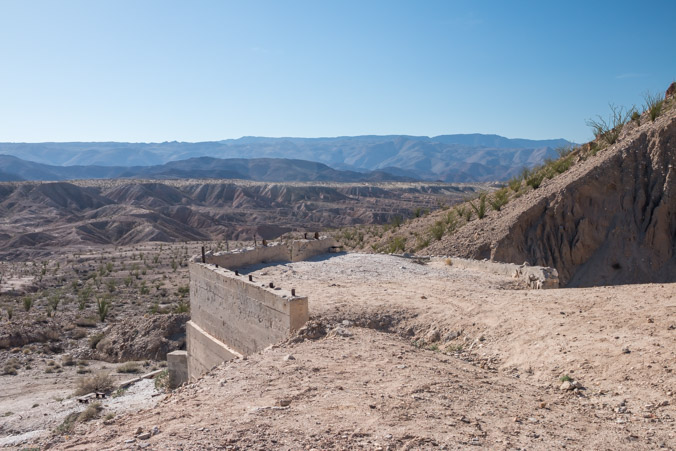 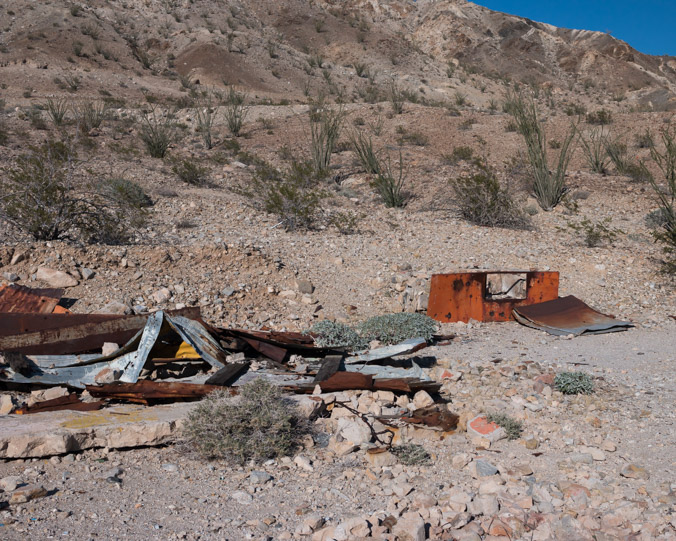 A lot of interesting artifacts in the dump areas.

The orange box looks like a stove of some kind. 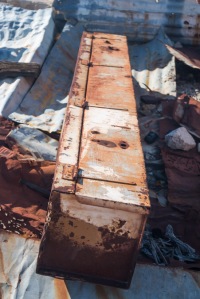 Some kind of tool box?

We came into this trip with a lot less information than we normally have. It’s good in a way, it allowed us the freedom to wander around and see what we see instead of spending a lot of time carefully map tracking.

In the end, some days of exploring lead to epic, earth-shaking discoveries and some days lead to a quiet reflection of the solitude and beauty of our desert.

Today was just that.