What consumes seven yards of dirt a minute, leaving only gravel behind while taking it’s pond with it?

Today we’re driving west on highway 26,  through the little town of Prairie City on our way to The Sumpter Valley Dredge State Historic Park and Granite Ghost Town beyond.

As the road started climbing toward the mountains. We stopped at an overlook with a giant covered wagon. I was hoping for some specific details about the Oregon Trail but all it had was information about businesses in the area. 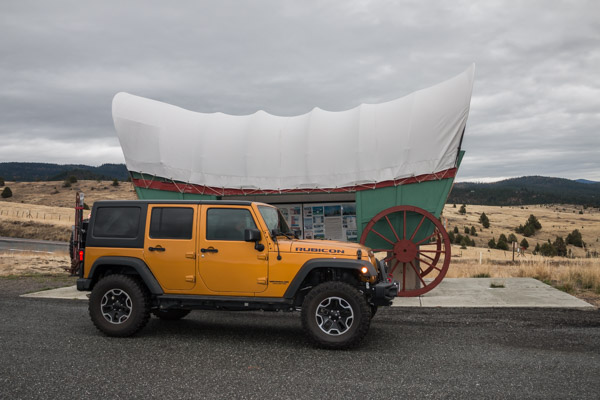 A magnificent view. I could imagine how difficult it would be to make the trip in a covered wagon.

This side of John Day has cows and barns too.

We climbed further into the mountains via highway 7 to highway 410 to the town of Sumpter and the park.  It was raining off and on and by the time we got there, the temperature had dropped dramatically.  It’s the last weekend of the season and we weren’t expecting any docents but we lucked out!

There was an older couple workamping at the dredge and the husband gave us a personal tour. 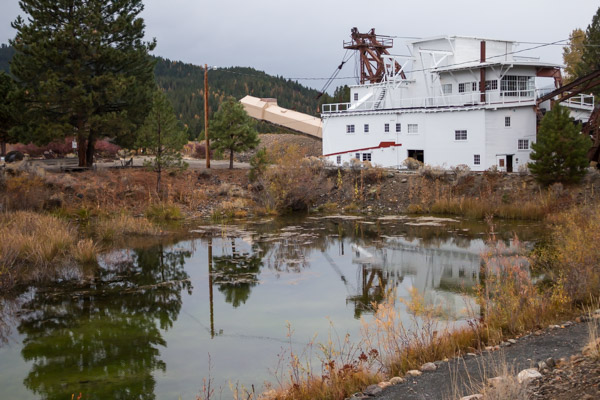 This is a view of the dredge from the parking lot.

This is a view from an overlook trail.

There is fascinating history involving this dredge and the dredging work done here and our tour guide had all the facts. He recently had the privilege of interviewing the only remaining miner who worked here and he told us numerous personal stories.

I knew next to nothing about the dredging process and was interested to learn that the dredge needs very little water and basically brings its pond with it as it goes. It could dig over 20 buckets a minute, consuming over seven yards of earth each minute.

The entire valley is full of gravel tailings left behind from this dredge and two others. The mining company told the community they could reclaim the land after the dredging so the farmers allowed it.  In the end, with the minerals stripped from the soil the town was ruined for farming and ranching and mostly died out.

If you have the opportunity to visit this place, take the time to tour with a docent as there are very few informational signs or displays. 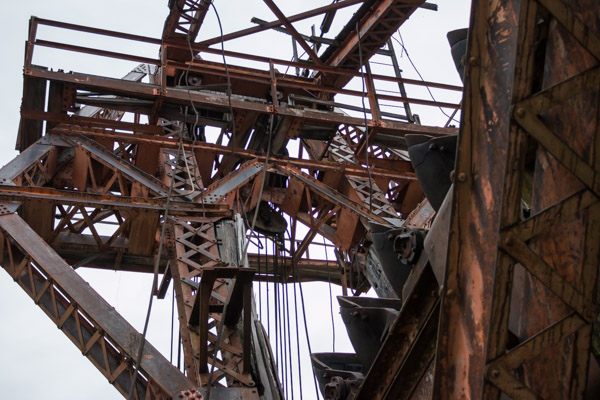 There are quite a few houses, people still live here and a few active businesses still survive but there are a lot of decrepit buildings like the ones shown below.

There are a lot of deer.

We were told by our friend at the dredge that our next planed stop, the Granite Ghost Town wasn’t worth the trip since it had been taken over by hunters using the old buildings as cabins. Since we didn’t have any other plans we decided to go see for ourselves.

The road deteriorated rapidly and the rain was getting worse.

We made it to Granite and it was as described. A bunch of old buildings with signs on each explaining it’s history but there were people living in them. There were cars and belongings intermingled with the buildings.

Very tough to get any pictures. 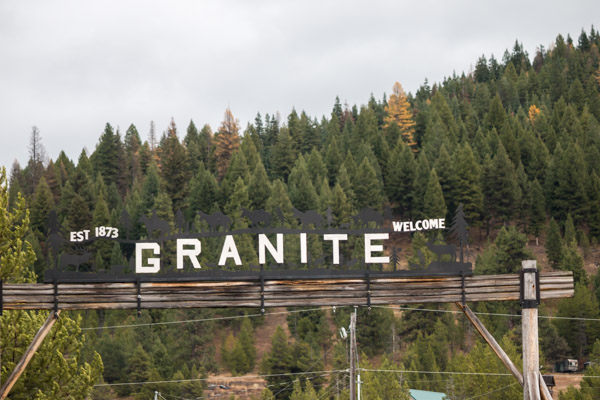 We were kind of disappointed and figured we’d just go back to the RV park but on the way out I saw a sign on the road across the street that said Fremont Powerhouse.

I suddenly remembered reading about this historic powerhouse and had completely forgotten that it was on my list to visit. I told Jeff to take the road and he said “Are you sure?” I replied, “Of course I’m sure!”

The road wound onward and upward and became gravel and he said “Where are you taking me?” and I said “Trust me  I’m the navigator!”

We have this conversation often.

And here we are…the old Fremont Powerhouse. It was built to power the mines. 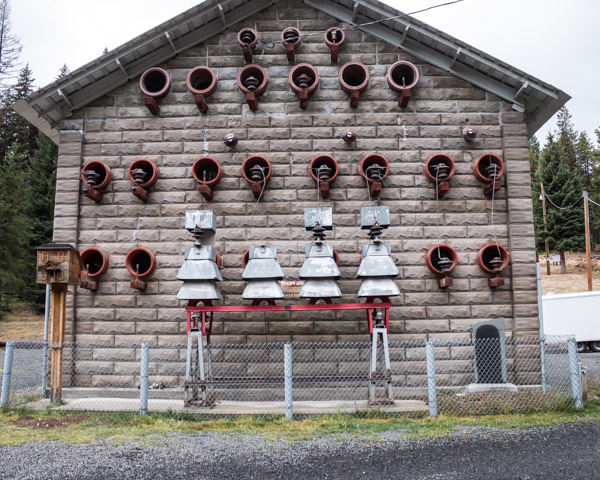 When we were touring the dredge earlier, our guide had told us a story of the miners running  a huge extension cord for miles over the mountains. The power came from “some powerhouse.” I don’t think he even knew it was this one, not far up the hill.

I find it interesting that this sign is the only protection or warning with all of these loose wires all over the building.

The power was created by running water from Lake Olive through these wooden pipes. 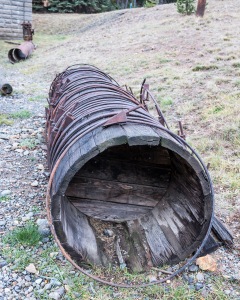 As far as I can tell, there are no tours of the powerhouse, it was closed but I took pictures through the windows. 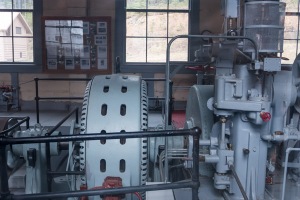 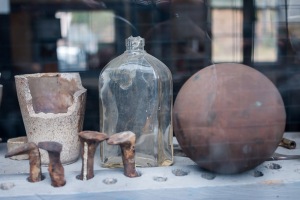 The powerhouse is located up a gravel road in a little mountain vale. There are four homes on the property which were originally for caretakers and rangers but now they are available to rent  by the week. Hunters use them during the season.

While we were here, we kept noticing a lot more traffic driving past the Powerhouse than would be expected on a crummy gravel road. We knew Olive Lake was up there somewhere and being the adventurous people we are, we decided to see if that’s where everyone was going.

We quickly realized it was hunters who’d been going up the road all day, they drove up the main road and then disappeared into the forest.  The road was VERY washboarded and it was slow going and teeth rattling. We almost gave up and turned around but we persevered and the road got better. 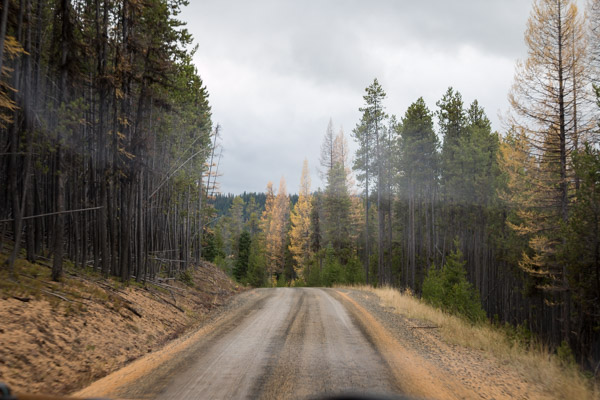 We finally made it to Olive Lake which was the water source for Fremont Powerhouse. 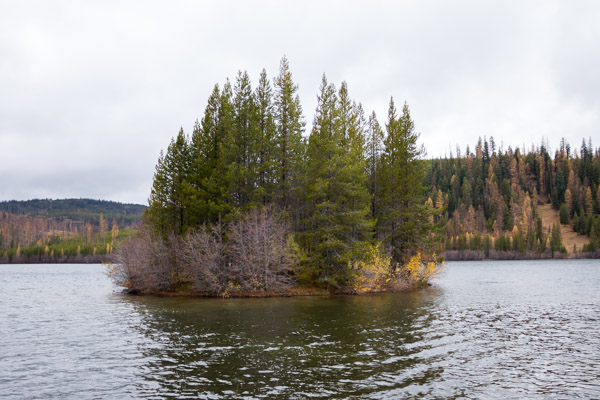 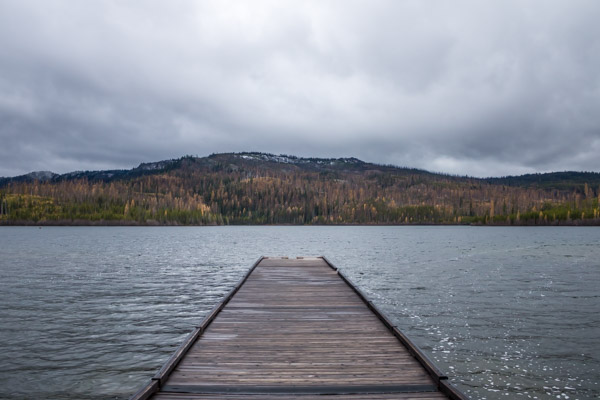 We drove around and explored the campground by the lake and admired the canvas tents and wood stoves the hunters were using.  On the way out of the camping area we came to an intersection and this sign which begged the question,  “Do you want to go back the way you came, or drive on an unknown dirt road for 27 miles and hope you make it to highway 395 and back to the RV?”

We weighed our options. On one hand, if the road was washboarded the way it was at the beginning, it would take days to go 27 miles. On the other hand the road seemed to have smoothed out at this end so it could be alright.  We hate retracing our steps…so… 27 mile dirt road here we come! Thankfully the road became the nicest smoothest gravel road I’ve ever been on. 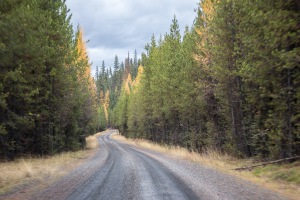 Soon we came to this little corral.

And across the road was this abandoned cabin. We think it was some kind of a ranger guard station.  There were old metal cots and industrial looking lamps and desks inside. 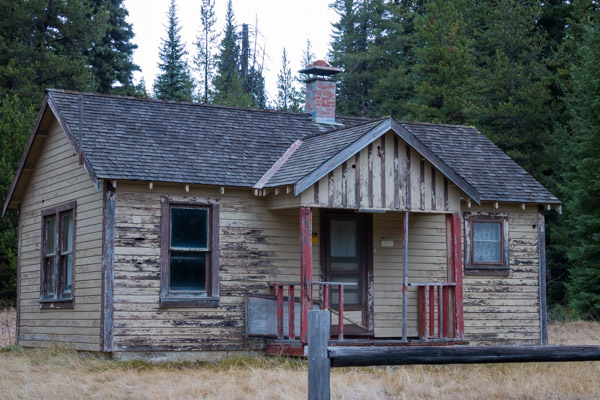 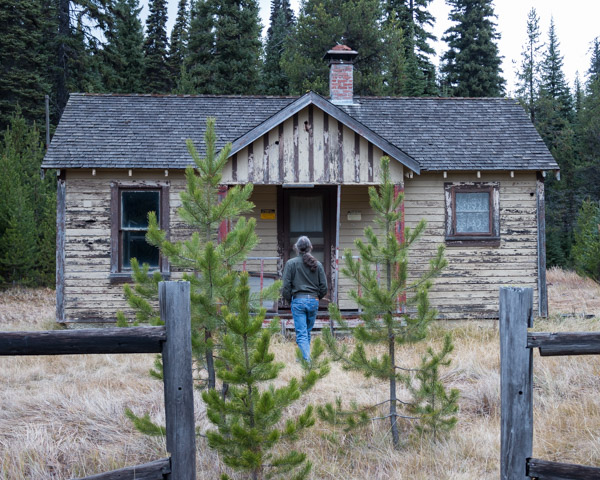 A little further and we saw this beauty.

A couple of posers. 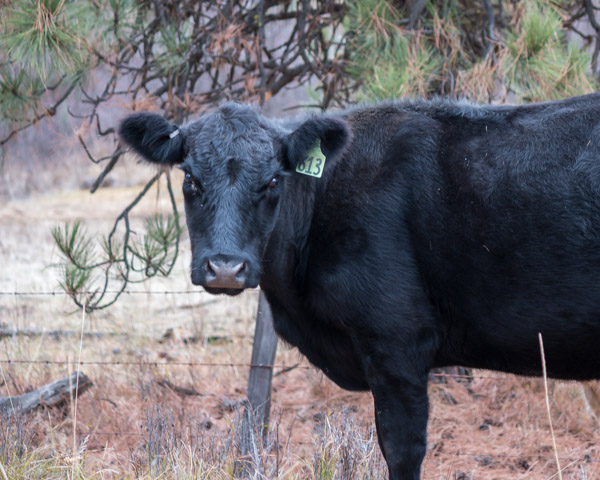 Someone on the wrong side of the fence.

I’ve never seen anything like this before, drop your bird wing here…

You learn something new  everyday!

We finally made it to highway 395 somewhere around the town of Dale. We turned south toward Mt Vernon and came upon the most beautiful grassland. The clouds around here turn the landscape into an incredible, multicolored work of art.

This church is still active. 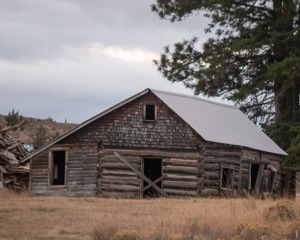 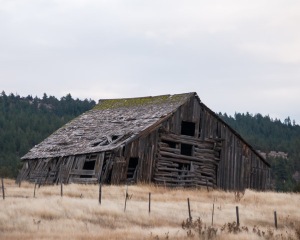 Nearing the end and back toward home base…